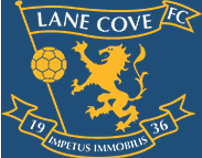 Certain words dominate the client names of TAS’ clients: Society, Institute, Council, Association and so on. But there is another form of organisation that isn’t quite as common – but is just as valid: the Club. More specifically, the Lane Cove Football Club (LCFC).

By definition, an association is a consortium of people organised for a common purpose. And if you take a walk along the sidelines of LCFC on a Saturday morning, you can see just how united families are in their zeal for football.

The Association Specialists provide administration services to LCFC, and whilst similar in many respects to an association, a sporting club brings with it many different challenges.

Ultimately as with any group the success relates to the value proposition, which in the case of a football team, is the investment of time and money (by parents and players) for the satisfaction of developing skills, improving fitness and most importantly – for parents and players building a community of friends and contacts with a common interest.

In a sporting club that has players aged from under 6 years of age to over 70, the power of this network is immeasurable. However, as with all member based organisations, the proof of success is whether they sign up for the following year.

For TAS’, the challenges are re-registering the entire playing community and volunteers (coaches, managers etc) over a two-month period (mid-January to mid-March). In the case of LCFC, that is some 900+ members who then need to be graded, selected into teams, provided with information and a kit to be ready for a kick-off at the start of April. These two months are an intense administrative surge that enable the rest of the playing year to sail as smoothly as possible.

Over 60 teams finally end up hopefully with full squads, a manager, a qualified coach and weekly competitive games.

The concentrated effort from both club volunteers and paid administration over those two months is immense. It is therefore important to have the processes and systems in place to manage the annual rush with the minimum of chaos – which is at the very crux of running any successful and potent association.

Posted in Uncategorized
← Guest Post: What Business are you really in? A Lime Paper by 360 Live Media’s Don NealGuest Post: The Future of associations – by Omer Soker →